Tall men meaning well opt for the too-large option and end up with too much coverage—way too much coverage. They end up with The Sail. The shirt is baggy around the arms, and the shoulders, and well, just about everywhere. If the wind picks up, your tall, skinny friend will be blown far, far away.

Oftentimes the culprit is some store offering big and tall tees—tees that aren’t just tall but are also at least as wide as they are tall. Or the tall, skinny man, at the end of his wits, opts for the XL, or the XXL, or the XXXL, in hopes of finding one that is just long enough, sacrificing width in the process. Don’t be that guy. Sails are for boats, not for men. 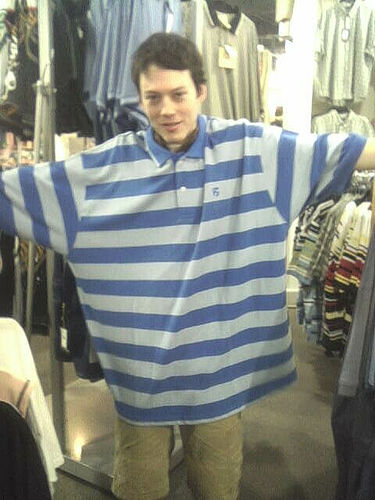 This is just the worst. The tall, skinny man, again meaning well, somehow ends up with The Man-Belly Shirt. Maybe it fit in the store. Maybe it didn’t. Maybe it just barely came down to the belt, and our friend, the tall, skinny man thought that he could pull it off. Well, he can’t. Sooner or later, wash after wash, the shirt keeps creeping up and it becomes a full-fledged belly shirt, with way too little coverage. Not even “pre-shrunk” cotton can save you now. 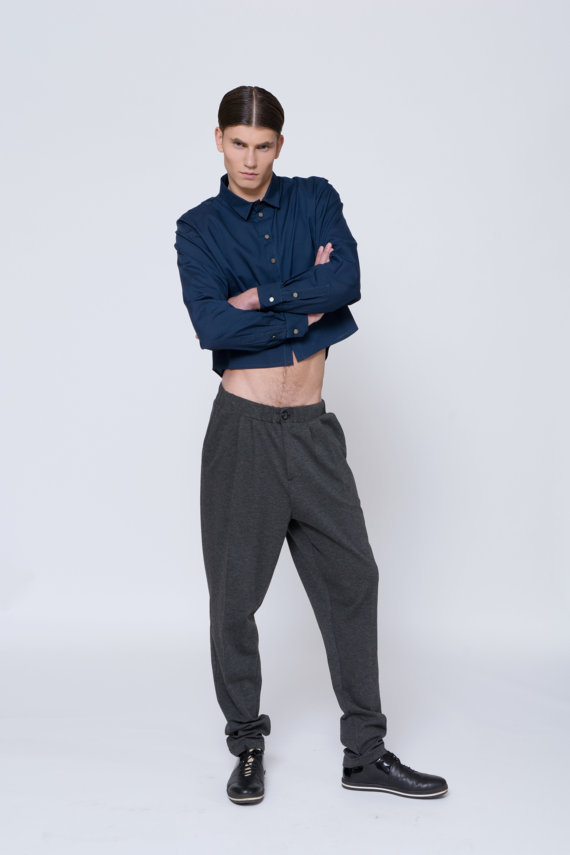 Sometimes the unthinkable happens. Yes, sometimes, the well-intended, tall, skinny man finds himself in The Combo. The worst of The Sail and The Man-Belly Shirt united. Not only is it not long enough, it also is too wide. Somehow it manages to give not enough coverage in some areas, and altogether too much coverage in others. Not only will the tall, skinny man be blown away when the wind picks up, he’ll expose everyone all along the way. 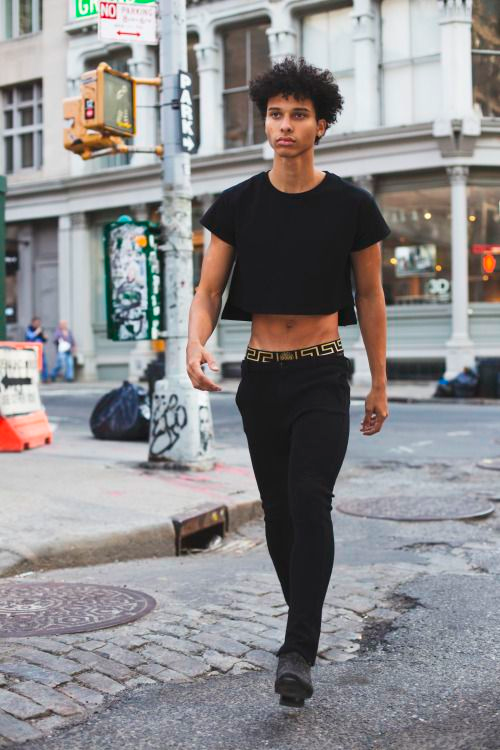 No longer does the tall, skinny man need to make women and children (mostly women) cry. The TallSlim tee is here to save the day. Sure, we make them, so maybe we’re biased. But let’s hear what some other folks have to say about them.

Here’s what our happy customer Marvin had to say: “TallSlim Tees promised me relief from my t-shirt nightmare by guaranteeing that my shirts would not shrink or grow wide around the middle, and that the shirts would be comfortable. I bought four and loved them. I see no reason to ever buy a shirt from anywhere else, and that is a freeing feeling.”

And here’s from Wayne: “Just got my second in the mail, really loving this company. Fits awesome, and as a guy who’s 6’7”, that’s a pretty rare thing. Thanks a lot, thumbs up.”